Buld Then Snip, LLC was founded in October 2012. The company successfully launched Build and Shoot, a community for the game Ace of Spades in response to Jagex obtaining the rights to the game and publishing another version under the same name. The three founders, Daniel Chiles, Nate Shoffner, and 'izzy' were staff members of the original game, trailing back to April 2011. Build and Shoot's objective was to provide a safe harbor for the 'classic' game.

The name "Buld Then Snip" is an intentional misspelling that is based off of a meme that started within the early Ace of Spades community where somebody created a clan by the same name. Parody clans soon followed and quickly became a part of the game's lore. 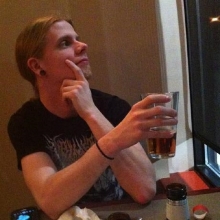 Build and Shoot is a community-driven effort to continue development and support for the voxel-based, first person shooter game "Ace of Spades" by leveraging both proprietary and open-source software such as OpenSpades and PySnip.

Feel free to contact us if you have any questions. Either use the form below or contact directly at buldthensnip(at)gmail.com We will try to respond as soon as we get the chance.

Your message has been sent, we'll respond as soon as we get the chance.